The prescription drug epidemic became personal in 2005 to Sherrie & Michael Rubin when their son Aaron overdosed on OxyContin and a variety of other prescription drugs.  Aaron was in a coma for three and a half weeks and as they began planning his funeral he began opening his eyes.  Aaron survived but he did not come out unscathed. He is a quadriplegic and needs 24 hour care.

“In the next few years, we meet many families who lost their children to a prescription drug overdose death. I could no longer stay silent about the prescription drug epidemic.” says Sherrie. ” In 2008 Aaron and I began speaking out about the deadly consequences of prescription drug abuse.  In 2009 we founded the Hope2gether Foundation and partnered with the DEA and local law enforcement . That same year I became a founding member of the San Diego Oxy Task Force, which is  a collaborative group of representatives of the DEA, law enforcement, the District Attorney’s Office, Health and Human Services, , treatment and prevention. This group is now renamed The San Diego County Prescription Drug Abuse Task Force.“

Today they are joined by other affected family members who speak, educate and advocate to prevent and reduce these deaths and tragedies.  Aaron bravely shares his testimony about a choice he wish he didn’t make, using his fingers to communicate. He is a real life example of the devastation surrounding prescription drug and other drug abuse.

The embedded video details the heart-breaking and inspiring journey of Aaron, Sherrie & Michael Rubin. It was taken from a feature length documentary on prescription drug abuse called Pain Killers. 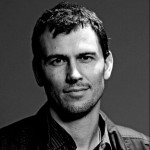 About the Author / Jon